A RAD FINALE IN ROCCHETTA BELBO FOR THE 2018 e-ENDURO!

If you are a race organizer, sometimes you can be tricked down if you think that counting only on a great location with exceptional touristic attractiveness combined with nice weather forecasts will be enough to get an epic racing event. But it not working like that all the times. Very often in the event success recipe, you have to factor in other ingredients.

At this time, the beauty of the Italian territory comes into play to transform the good in the great. That was the case of the Rocchetta Belbo‘s final round of the e-Enduro race series in the Langhe region in Piedmont.

Rocchetta Belbo is a small village with 190 inhabitants, where everybody knows each other and stops at the same bar for a coffee break every day. In this traditions anchored environment build on the culture of good food and wine, the stay together way of life is bond with the desire to carry on plans to valorise the territory like the Alta Langa Bike Park project backed by the Ferrero Inox company owned by Luca Ferrero, a close friend of our Franco Monchiero. The preliminary job done by Franco’s and the Race Event staff paid off and the Rocchetta Belbo venue revealed itself as one of the most ever fought final round of a mountain bike race series. Despite the bad weather, 80 riders were present Saturday for practice on the slippery trails but they were greeted at the end of the day by the Chestnuts Party hosted by the local Pro Loco association. But the true show was staged on Sunday. In the Men category, Andrea Garibbo (Haibike New Bike 2008 Racing Team) and Simone Martinelli (Cico Bike-DSB-Nonsolofango) were separated by only a handful of points before the Rocchetta Belbo round and they fought until the end for the victory in the race and in the overall classification. The same happened in the Women category between Chiara Pastore (Team Locca) e Mary Wragg Moncorgé (Collerider BMX). 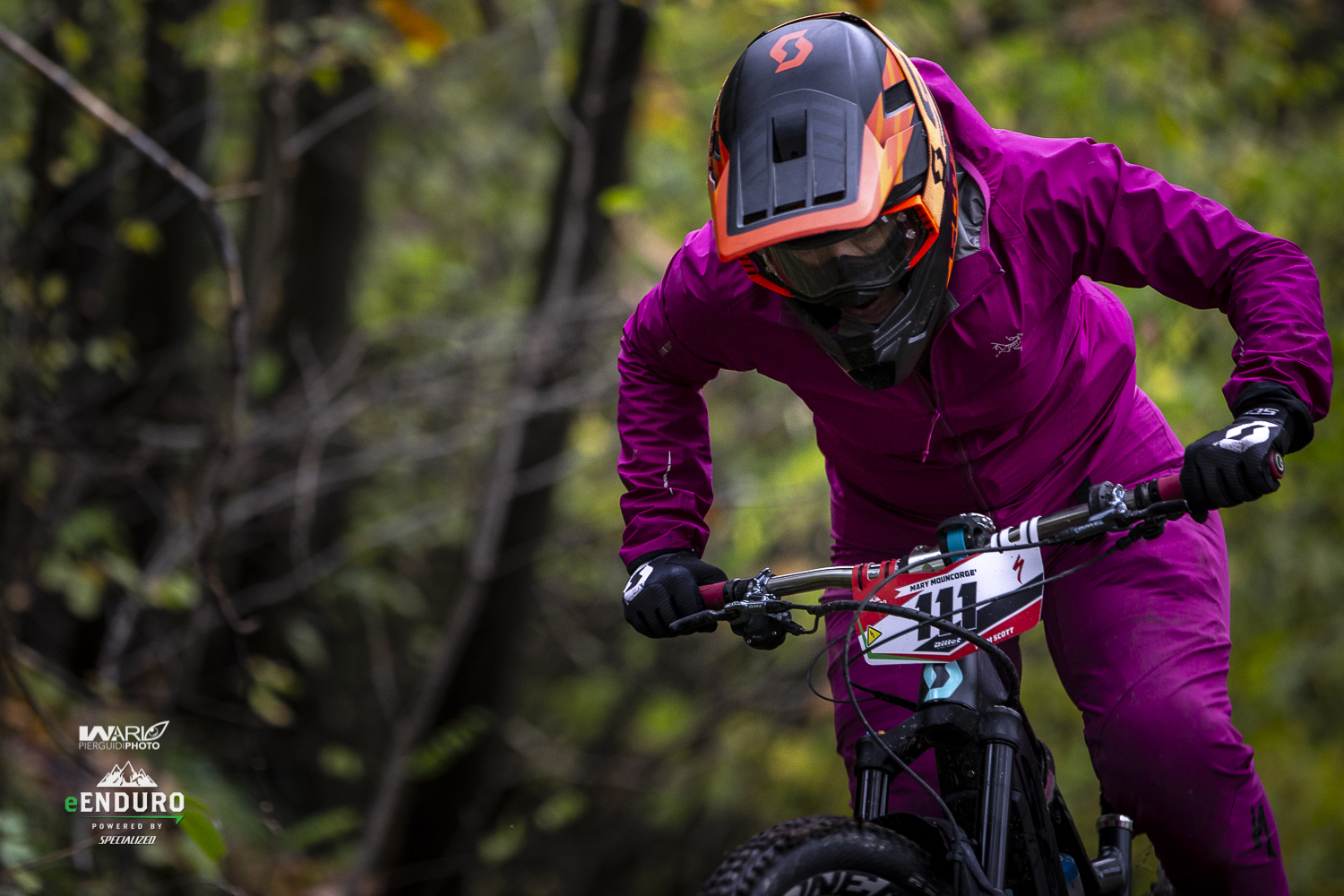 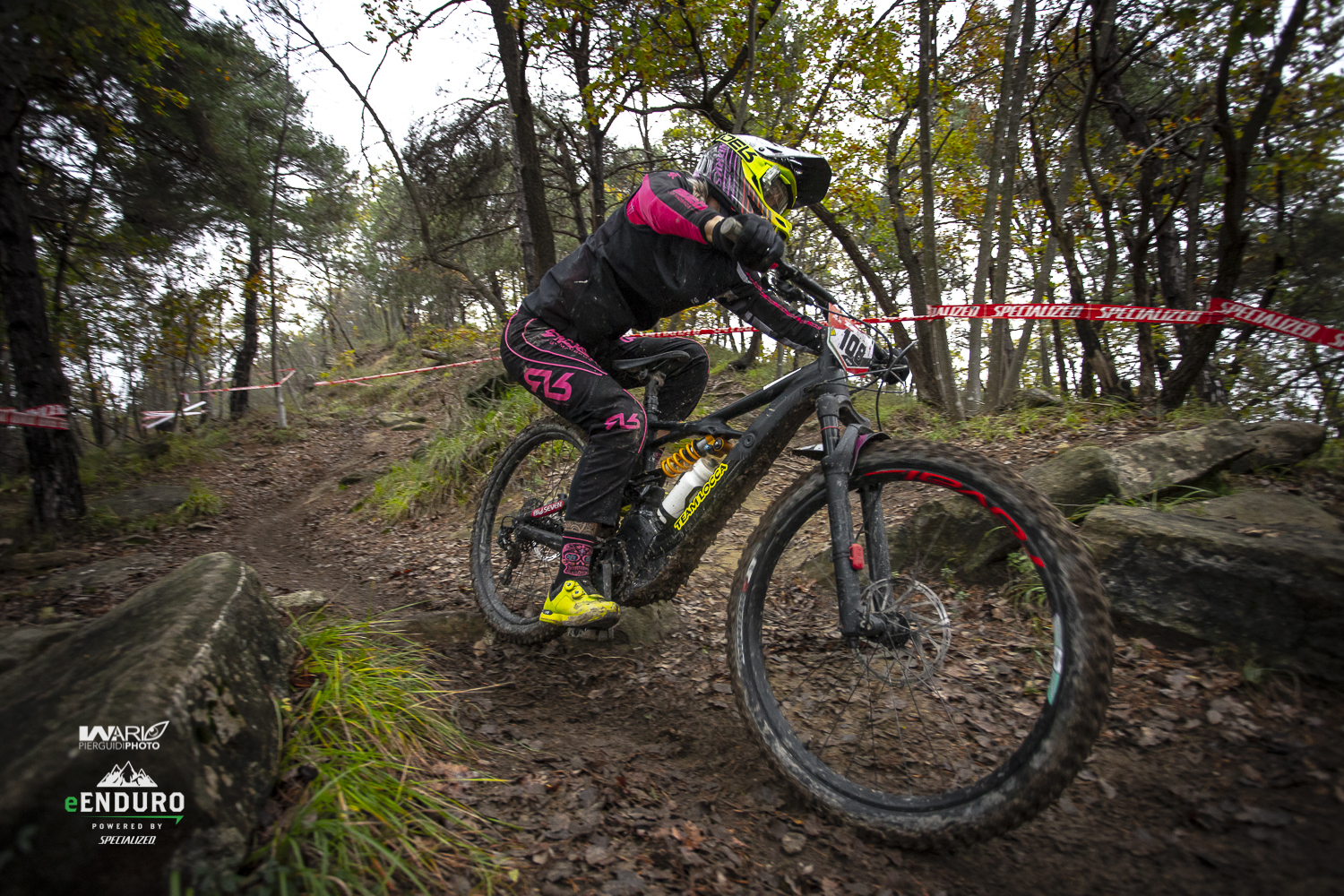 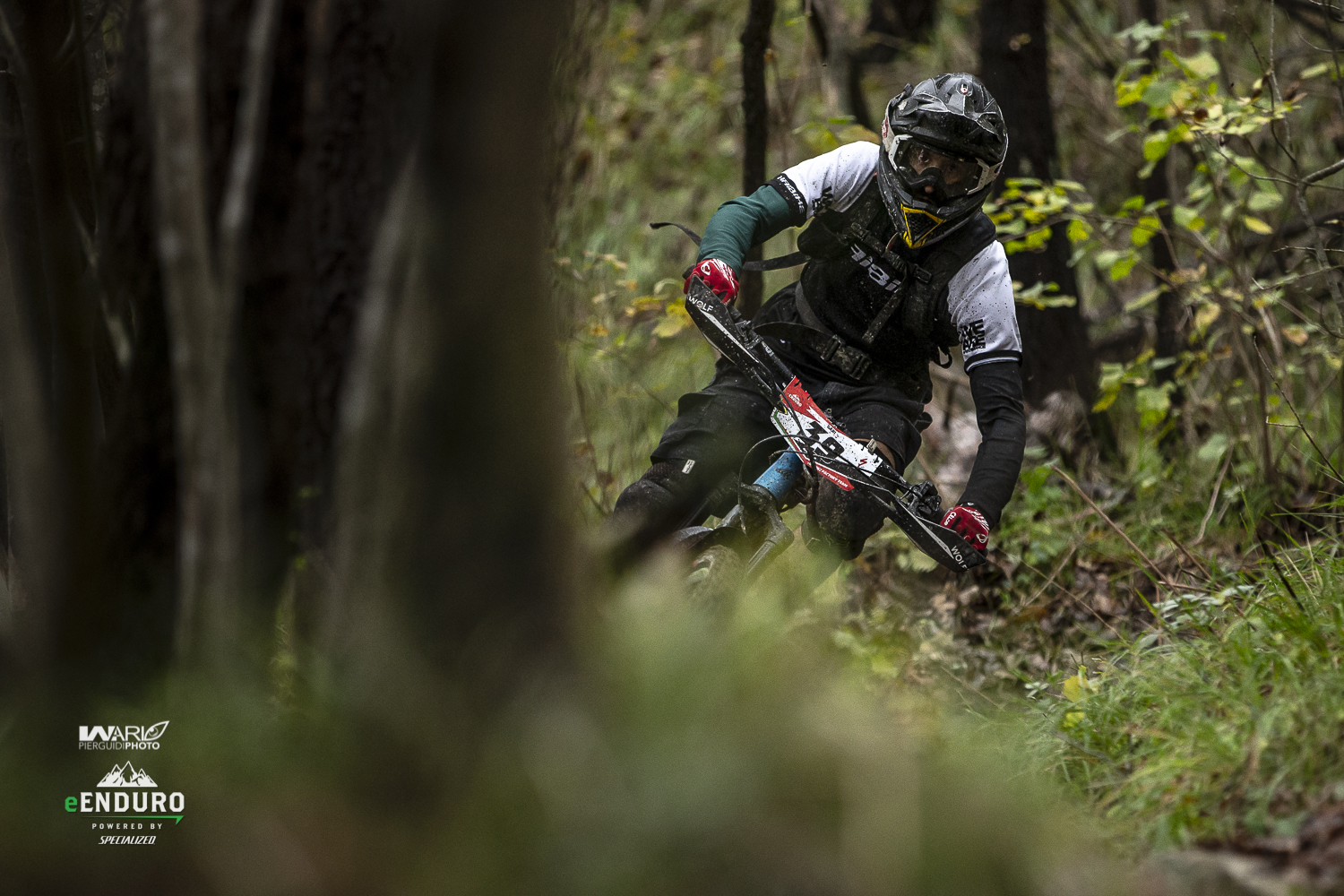 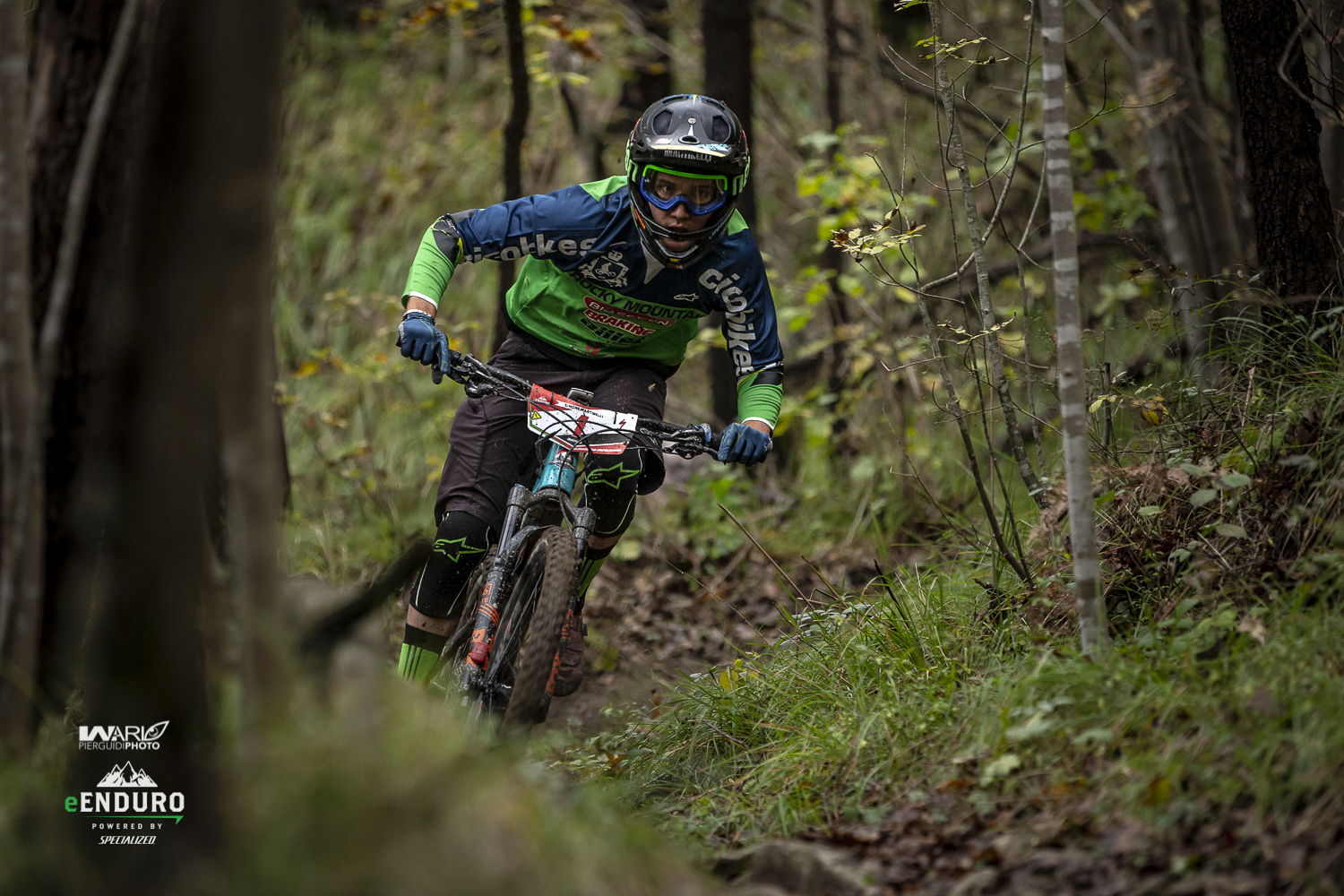 After 4 thrilling special stages, Andrea Garibbo and Chiara Pastore took the win of the Rocchetta Belbo round and were also crowned as 2018 e-Enduro Champions. Honours to Simone Martinelli and Gianluca Bonanomi and also to Mary Wragg Moncorgé and Costanza Fasolis for having fought with great sportsmanship until the end of the series, reaching the 2nd and 3nd  both the classifications. Here’s an extract of what the two winners declared after the race:

Andrea Garibbo: the 2018 e-Enduro was a very tough series and I am very glad to have won it. I would like to thank my team and my supporting friends. Congrats to Simone Martinelli, he is a true champion and a great sportsman. The 2019 season will be very hard but I’ll be ready.

Chiara Pastore: What an emotion! It was a hard fight between me and Mary but in the end I won the race and the series. I would to thank my Team and Specialized Italy for the support. In the next season, I will defend the title of e-Enduro Champion.

Ending a perfect Sunday, the Vittorio Brumotti Show took place after the race in front of a cheering crowd right before the winners’ ceremony who saw more than 600 people giving the well deserved tribute to the athletes. 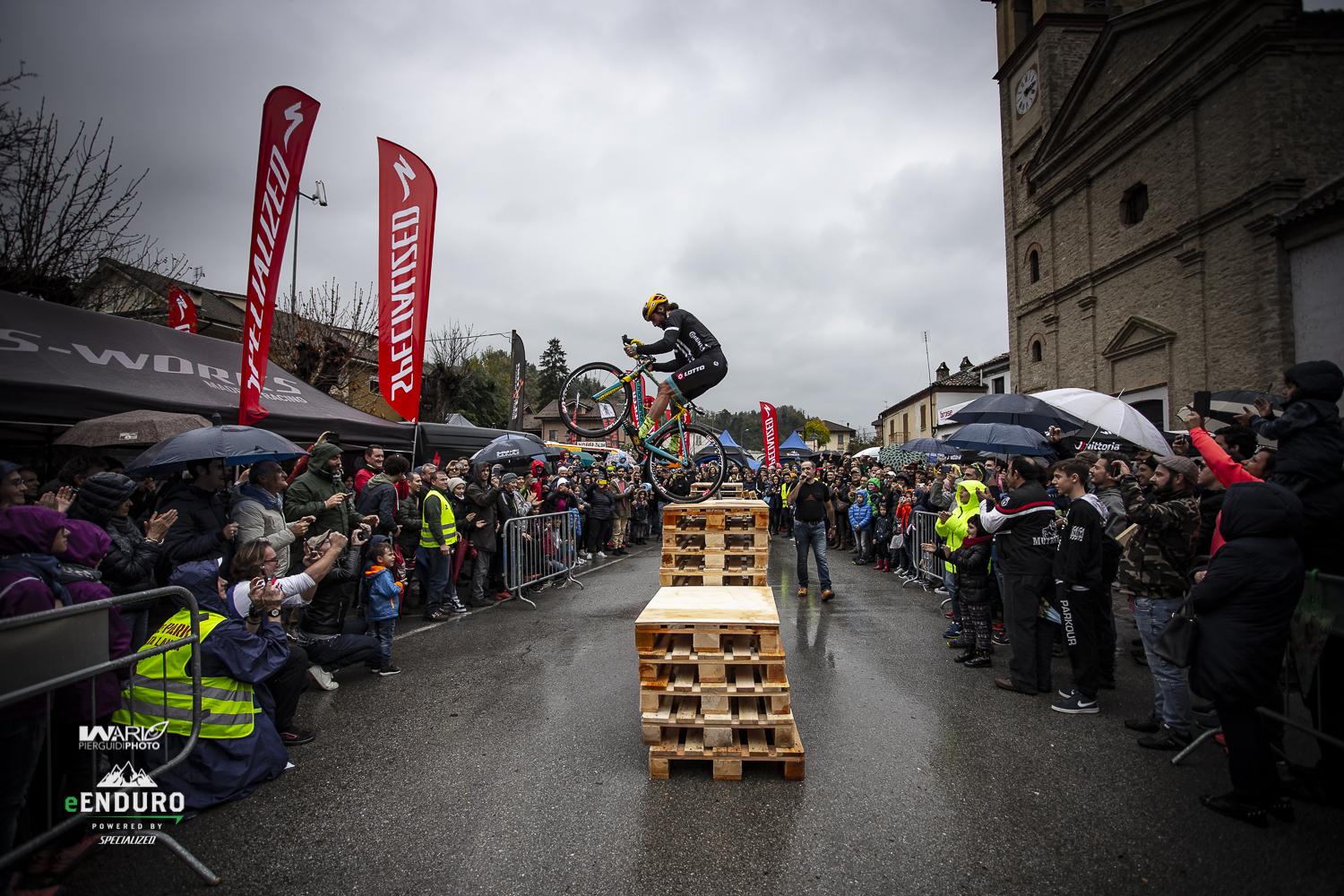 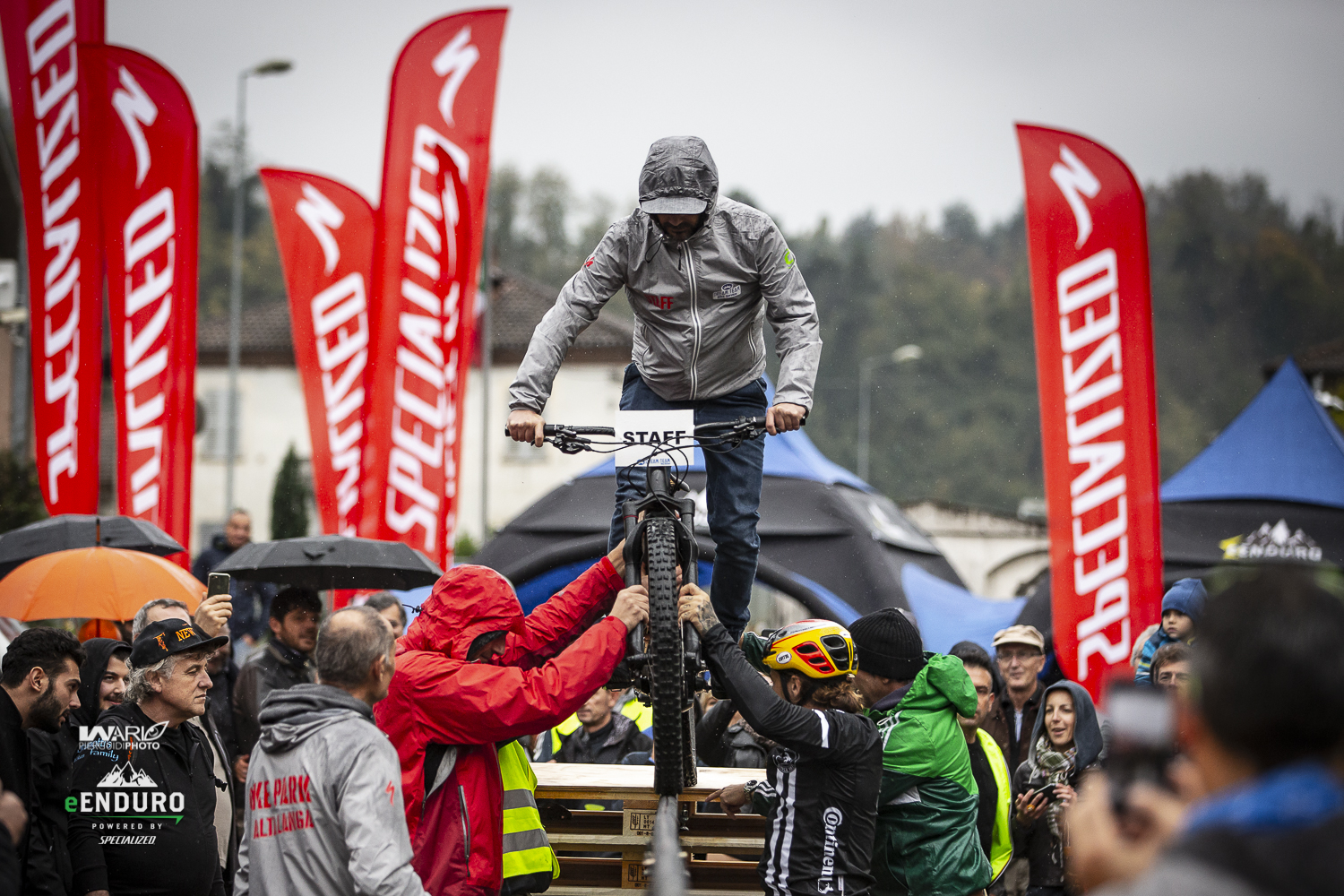 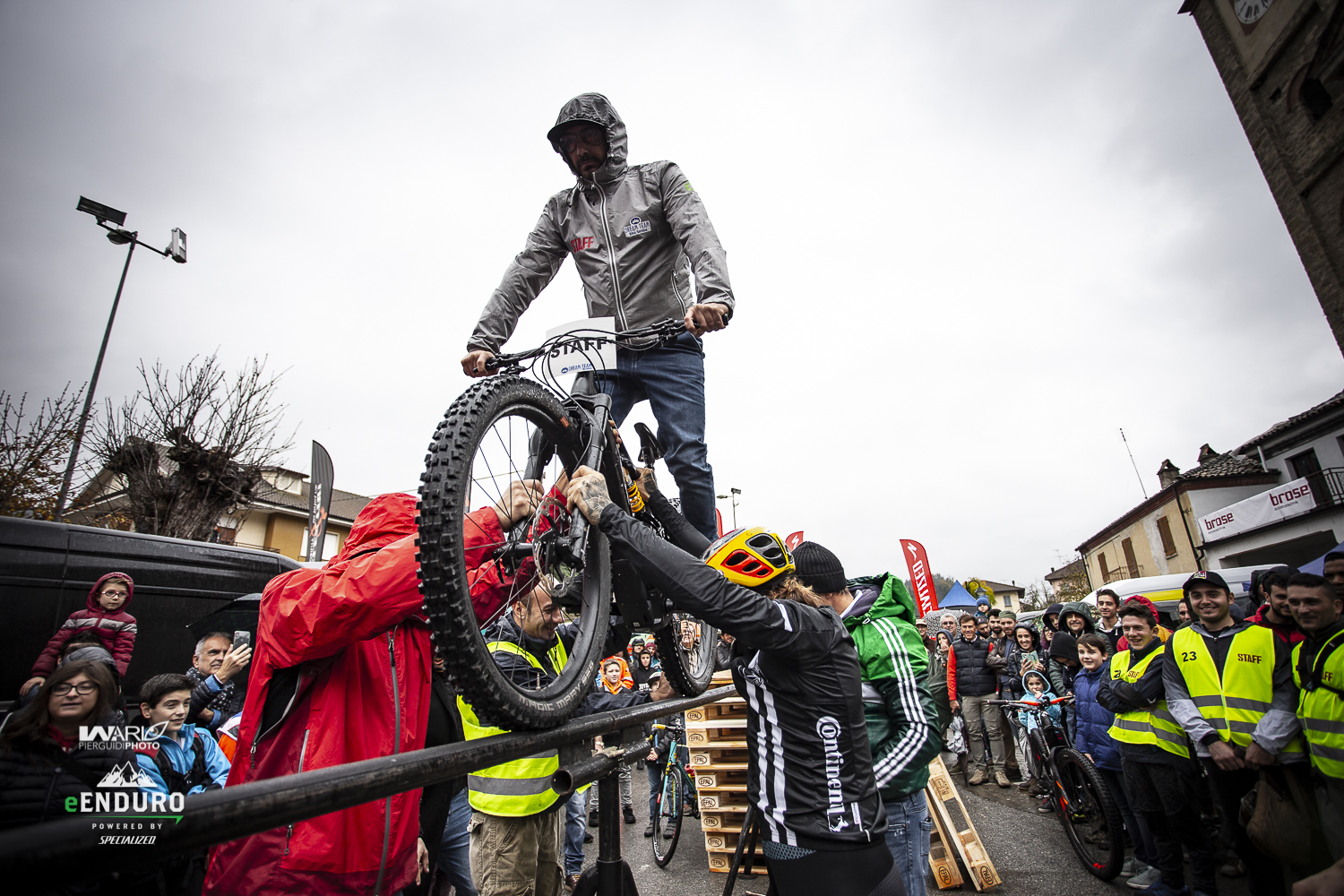 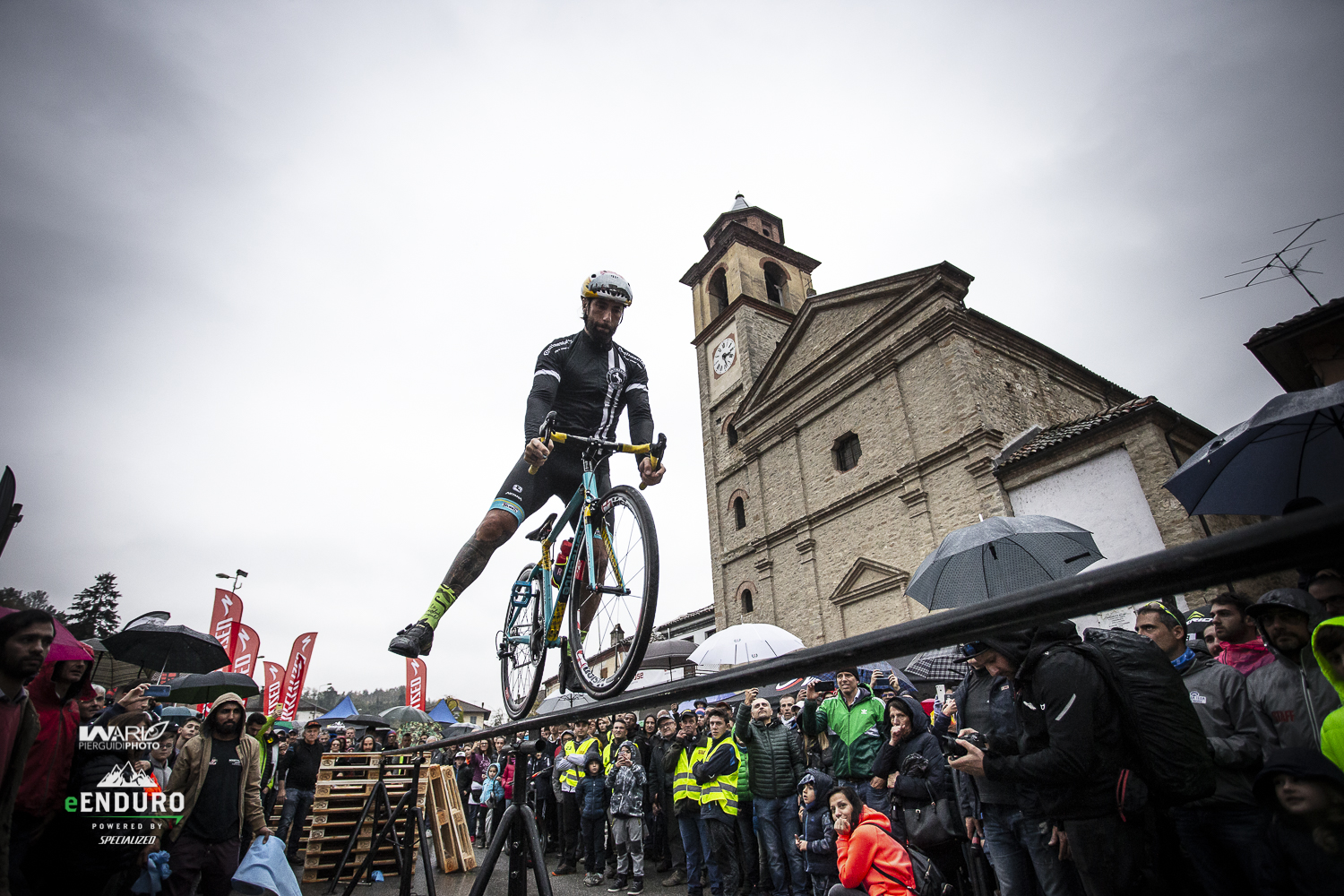 The 2018 season has been a crazy one but for the 2019 we have in store a lot of news including the international round of Loano. Stay tuned because during the next weeks we will reveal the 2019 e-Enduro calendar.

We would like to thank all the riders because you were the true motor of this new category nowadays officially recognized by the UCI and all the local organizers, administrations and volunteers. With your help we are helping the growth of this category and letting outsiders discover the best parts of our territory.

A very special thank goes to Specialized Italy, who believed in the e-Enduro project since its start two year ago and to the other series sponsors, Brose, Vittoria Tires Italia ,Fox, Atala, Andreani Group, Ohlins, Mr. Wolf, Limar Helmets, Billet, DSB, Speedy Decal who certify the quality of the e-Enduro idea making us grow day by day. Another thank you goes to Spazio0039 for the web marketing and press services, to, Azai Image for the video contents and to Pierguidi Mario for the photo services. Last but not least, thanks to Franco Monchiero and to the Race Events staff. 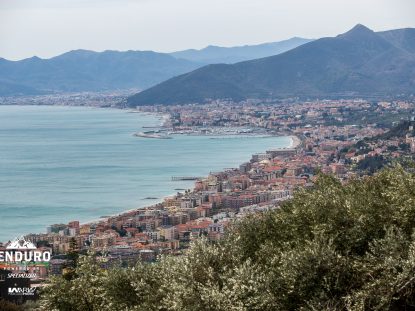