The city of Spotorno in cooperation with Race Events and Spotorno Outdoor is ready to host the 5th and final round of the 2019 e-Enduro race series. Four special stages inserted in a 30 kilometres long race course with an elevation gain of 1400 meters will be the stage of this round.

It is going to be an electrifying end of the season with the first four riders of the overall Men classification, (Davide Sottocornola, Simone Martinelli, Andrea Garibbo and Nicola Casadei) ready to fight until the last special stage to become the 2019 e-Enduro champion.

A similar situation is in the Women overall classification, where Federica Amelio, Jessica Bromolini and Giulia Amone are separated by just a handful of points. Good luck to everyone and be the strongest rider the winner of the series.

Last season, Spotorno was under the radar of MTBs’ fans and media by hosting one of the special stages of the traditional muscular Enduro World Series and once again this year will be on the spotlight to showcase its magnificent territory with this round of the e-Enduro E-MTB series. The city lays in the middle of the Isola Gulf and has a massive trail network for MTB and E-MTB with several Enduro specific trails. In the last few years, the guys from Spotorno Outdoor were in charge under the mandate of the City administration, to maintain and create the trails of the area with a special eye on the emerging E-MTB discipline and consequently they adapted some of them to this growing riders audience.

A shuttling service is available for the spectators and a Race Gift Pack will be given to the first 150 riders enrolled.

An uphill start is followed by a technical segment before reaching the Bric Berba summit. The following descent is the main feature of this special stage, characterized by fast and technical ups and downs on the typical soil of the Liguria region.

You can reach the start of PS2 after the end of PS1 in Località Metti. The PS finishes near the Crovetto River. This is an historic trail utilized in the past by farmers to reach the sea and after years of abandon, it was completely redone in 2019. It is fun and fast to ride but not very technical. Mostly on clay, there is an interesting passage on a huge rock sediment that leaves to the rider to interpret the correct line but more often the line follows the natural course of the trail interrupted by short rocky segments.

The trail starts past 400 meters after crossing the Località Moggie. Very similar to the La Folia regarding the surface, it is more technical and full of curves immersed in the local Mediterranean undergrowth, made of pines and low shrubbery. Nothing difficult to overcome but be careful on choosing the right lines.

This is the mother of all the Spotorno special stages, chosen to gloriously end the 2019 e-Enduro series. It is an historic trail, firstly shoot in 1999 by four Canadian guys to depict free riding in the Finale Ligure region. Last year it was completely remodelled and it remained in the memory of the 2018 EWS’s riders as one of the best trail for its breathtaking views and more.

The Mao has an insidious surface and stands out as the longest trail because it is the result of the joining of three other trails, Mao, Green Carpet and Gaggero. The top of Mount Mao is the start of the special stage that begins going downhill on a rocky section. After the end of it, there is a long and fast cross section on dirt that ends on a short uphill technical segment where the risk to put your feet on the ground is very high. Then, the stage continues until a crossroad with an ancient Roman route reaching its final part on a rocky and very technical segment that can be avoided following the chicken line.

If you have not yet done it! Sign up for the last round of the series, you can do it below! It will be an event not to be missed! 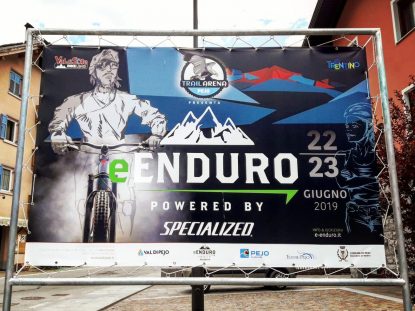