It was a premiere for the city of Bergamo and the Marasana territory, to host a first class E-Enduro event. In a few months, the guys from Orio al Serio Gravity Park created a high quality e-Enduro specific trail network capable of making really special the fourth round of the 2018 E-Enduro race series.

It was a perfect combination of beauty, amusement and sport for a territory that until today only partially developed its potential in the off road e-biking world but wants with the project Orio Gravity Park to exploit it to the fullest.

As usual, the expo area was the heart of the venue and this time was set up in Alzano Lombardo, a few kilometers far from downtown Bergamo. The series title sponsor Specialized was present with its tents, presenting to the public the brand new 2019 Turbo Levo e-bike. Also Brose had in store something to show, the new motor Smag while providing to everyone its multiple recharging station. Vittoria presented its Enduro e-bike tyres products line up. Mr. Wolf continued the road show of its revolutionary product SmartMousse. Atala showcased its Enduro e-bike line up and a new road e-bike. Haibike and Braking presented their products while Billet HT made available for testing a new ABS prototype system for muscular and electric bikes to be paired to all the existing braking systems Following the rules, at the end of the race all the bikes of the first three riders in the overall classification were checked as well as the bike of the winner of the female category together with three other bikes casually chosen. During the race, we continued the policy of checking the bikes outside the special stages using rollers with actual speed GPS tracking systems.

We want to thank the Alzano Lombardo Municipality, the local organizer Alvise Calioni, the guys at Orio
Gravity Park and all the volunteers for the safety guaranteed. Even if we experienced some glitches, this
venue has great potential!

HERE AL THE SHOT FROM THE EVENT

See you in Varazze October 6th and 7th for the 5th round of the E-Enduro. 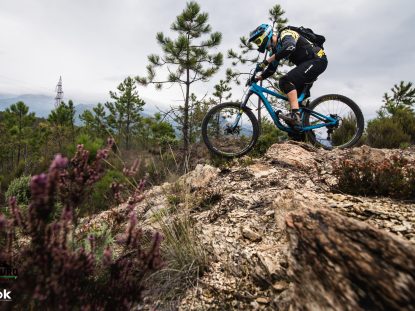