It was an impressive feat, time and energy consuming and requiring a lot of efforts but with the precious support of Specialized Italy, the series kicked off and experienced a stellar growth, reaching the status of the most important e-bike race series.
Before announcing what will change for the 2018 season and the related race calendar, we want to thank all the riders that partecipated in the 2017 season including the series’s winners Vittorio Gambirasio and Giovanna Bonazzi, the race locations Sestri Levante, Massa Marittima, Levico and Varazze and all the exhibitors.

The first two venues of the 2018 season will take place next middle march and late April in Liguria. The early spring mild sea climate typical of this region will add will add a touch of warmth to the race weekends, when in the rest of Northern Italy is still quite cold.

The Liguria region community for the last ten years produced an extraordinary effort to promote the outdoors sports and especially mountain biking, becoming a first choice for bike riders coming for all over the world to ride on its famous Enduro MTB trails. To this enticing scenario, we have been capable to add e-Enduro trails, a world first.

Next July we will move to the Alps where we started a partnership with the Sella Ronda Heroes organization team, making possible for e-Enduro riders to compete on one of the most fascinating mountain resort.

On September 2018, the race series will stop near Bergamo at the Orio al Serio Gravity Park. We expect a lot of flow characterized trails in a region known as a cycling business hub and unanimously recognized as the hometown of the Enduro motorbike category.

For the final round of the 2018 season we will go back again to Varazze – Liguria, well known for its trails and where we raced in 2017. Varazze will host the ceremony of awarding the series winners during a big and cheerful final party.

After a year of e-mountain biking racing, we can draw some conclusion on what we have achieved so far.
Firstly, we received a lot of congratulations on the race format and organization results and we want to thank you all for that but also some criticism emerged and we use it as a working foundation. Surely, we will work on maintaining the circuit race ready for more people, keeping in mind that a fair level of technical difficulty is needed and enhancing the fun factor all over the race course.

The absolute ban on using motor vehicles for ascending riders and bikes during race trial days will remain in place. Less fossil fuels vehicles and more bikes on the roads of race locations is one of our sustainable goals.

The race format will remain unchanged for the 2018 season as the Octopus by Brose, the centralized multiple recharging station available to all the riders during racing days. Due to the success of the e-Enduro first edition, we decided to invest more resources in the improving of our website. The new website will provide all the race information, news, photos and videos more easily. We improved the visualization of the race classifications making a snap of a finger to search for specific topics. We implemented field operations for a our Press office making real time updates possible.

Also an important news regarding the enrollment to the race is on the pipeline.

Starting from January 1th, Vittoria is the new partner of e-Enduro.
Vittoria Industries Ltd. is the world’s leading manufacturer of bicycle tires, with an annual production of more than 7 million tires and 900.000 famous tubulars and cotton tires. Its research & development center develops the best racing tires for all levels. Vittoria runs its own production facilities in Thailand and provides a global sales and marketing network from North America (Salem) to Asia Pacific (Bangkok and Taiwan)including Europe (Italy, Netherlands and Germany). The group owns the Vittoria brand and trades several third party brands in some countries (3T, Fox in Italy; 3T and Selle Italia in the US).

Alongside the choosing of each race location, a fundamental role for the success of any race series is played by the exposition area. The Expo Area will be shaped in a way to attracts an elevated number of visitors and located in the most prominent touristic spot of each race location. Inside the area, we will install the Brose Octopus recharging station and position Race Secretary boot and the Arrival/Departure stage. 2018 Calendar UPDATED and other news 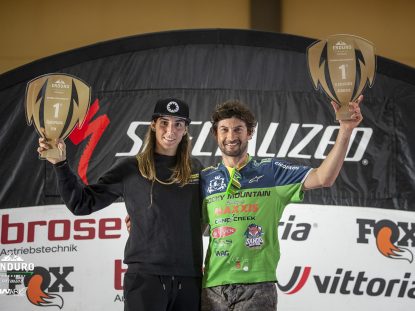